Though catalysis can be observed in real time with ETEM imaging, reaction conditions in the ETEM chamber cannot be controlled as well as in traditional reactors. This limitation reduces the researcher’s ability to correlate ETEM images of a catalyst to the local conditions around the catalyst. For example, catalysis changes local gas composition by converting gaseous reactants into products. If the local gas concentrations are not precisely known, it becomes more difficult to say which gas concentrations correspond to which surface structures.

COMSOL Multiphysics allows the Crozier group to gain a better understanding of several reaction conditions, including gas flow and concentrations, inside the ETEM reaction chamber during catalysis. This program uses finite element analysis, which first splits a model into hundreds of thousands of discrete elements. Then, equations including those for mass, energy, and momentum transfer are solved at each element. With small enough elements and enough iterations, physically accurate solutions can be generated, such as that for temperature distribution shown below. 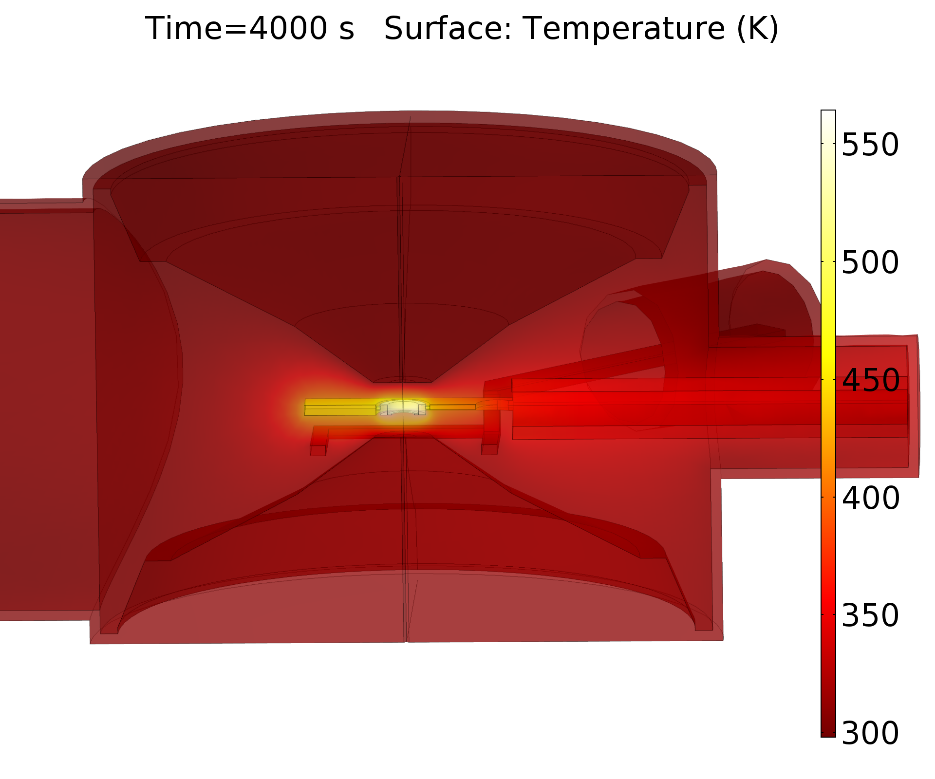 There are several specific goals for this project: verification of the accuracy of current in-situ concentration measurements, analysis of the validity of the continuously-stirred tank reactor model, reduction in experimental runs with poorly-measurable catalyst activity, and optimization of operating conditions.