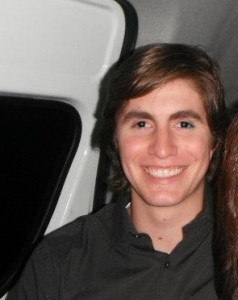 Cruz Hernandez is an undergraduate student in Materials Science and Engineering and will be graduating in May of 2015. Since August of 2013 Cruz has been working with Ph.D. student Will Bowman on the characterization of ceria-based oxygen ion conductors for solid oxide fuel cells (SOFCs).

In his spare time, Cruz enjoys playing basketball, travelling, and live music. He studied abroad for 5 months in Australia living in Melbourne. He visited Sydney, Cairns, and Ayers Rock in Australia, and visited the south island of New Zealand.